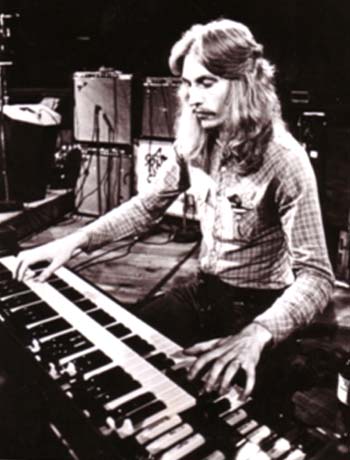 Southern feel, soul, rhythm and blues, country, rock & roll, greasy honky
tonks; these things come to mind when thinking about Grammy and Emmy award
winning keyboardist, Billy Earheart. He grew up in Tullahoma, Tennessee
(an hour south of Nashville), and from there went to Muscle Shoals,
Knoxville, Memphis, Nashville and currently in North Mississippi, playing
with an impressive list of artists along the way.

Billy won several award with the Amazing Rhythm Aces. The group was
nominated for a Grammy for “Best New Artist” in 1975. They won the Grammy
for Country Group in 1976 for their recording of “The End Is Not In
Sight.” That same year, they won the Cash Box Award for “Best Progressive
Group.” Other honors with the Aces include several ASCAP awards, as well
as receiving the “Key to the City of Memphis” in 1976. The Aces also won a
gold record for “Goin South,” a double CD compilation of Southern music.

One of Billy’s special honors was the proclamation by Shelby County Mayor
William Morris of June 28, 1985 as “Billy Earheart Day” in Memphis,
Tennessee!

The awards continued with Billy’s association with Bocephus. The CMA
presented Hank Williams, Jr. and The Bama Band with two video awards: for
“My Name is Bocephus” in 1986, and for “Young Country” in 1987. 1989
brought an Emmy for the Rowdy Friends Theme from “Monday Night Football.”
And in 1989, the documentary and live video featuring Hank Jr. and the
band, “Full Access” was certified platinum. Billy also played on the gold
records Hank Live, Wild Streak, Greatest hits 3,and America the way I see
it. The Bama Band also won the “Lifetime Achievement” award from the Ohio
Country Music Association. Billy is a lifetime member of the Country Music
Association and the Hank Williams Appreciation Society.

Billy E. has also had the honor of playing for four different
presidents,Carter,Clinton,Bush Sr.,& George W..