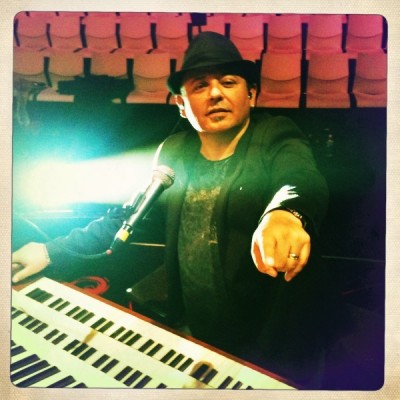 Carlos plays the B-3

“To me there is simply nothing like the expression and power that the majestic Hammond B-3 organ and a 122 Leslie bring to the table for any type of music…!

I’m proud to say it’s been my keyboard voice and partner in crime for over 40 years.”

Born and raised in México City, México, Carlos Murguía has been around music since day one.

The son of both musician parents notes, “….the level of musicality in the house was always very high. Singing and playing an instrument was as normal as going to school for us, Classical, Jazz and Pop/R&B music were being played at all times” •

In 1974 at the early age of 15, he was already traveling the road throughout the U.S. Playing B-3 and exploring all genres of music, finding a special fondness for Pop/R&B & Funk.   “I was just a kid when I heard Chester Thompson playing “Squib Cakes”….right then I knew it was all over for me!”

During a successful recording career with RCA Records back in México City, the opportunity arose to move permanently to the U.S. in 1982.

Since then Carlos has recorded with producers David Foster, Walter Afanasieff,

Live performances and touring include playing Hammond B-3 for: