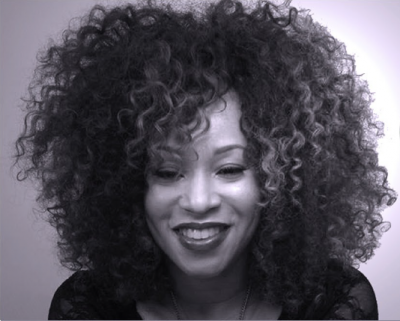 Cassandra plays the B-3

Best known as musical director and keyboard player with Prince and the New Power Generation, Cassandra O’Neal has an impressive resume of work with major industry (gospel, pop and funk) artists for over twenty-five (25) years.

With a gift of perfect pitch and the ability to play piano by ear at the age of 3, Cassandra began early training that included, learning classical piano, playing in the church, listening to all music types and playing for high school choruses and ensembles. A move to L.A. would give her a break in the industry with a 1994 tour with gospel singer, Daryl Coley. O’Neal continued to strengthen her musical foundation as staff musician at the West Angeles Church of God in Christ under the leadership of Bishop Charles E. Blake. She was spotlighted in the gospel instructional DVD “Wheatworks Productions Presents… West Coast Piano: The Ultimate Gospel Piano Master Class Featuring Cassandra O’Neal”. She went on to work on the soundtrack of the 1997 comedy film, “The 6th Man”, adding keyboards and vocals to “Deeper Than Blood” performed by Sovory (charted at No. 33 on the Billboard Top R&B/HipHop Albums chart).

Cassandra can be heard playing keyboards on Dreamgirls: Music From The Motion Picture Soundtrack, LeAnn Rimes’ What a Wonderful World, So Amazing: An All-Star Tribute to Luther Vandross, BabyFace’s Grown & Sexy, and Mindi Abair’s In Hi-Fi Stereo. As a live keyboardist, she has toured with several artists including Pink, 98 Degrees, Kurt Carr & the Kurt Carr Singers, Helen Baylor, Avant and Chante Moore. In 2005, she joined the band backing the ‘Sisters In The Spirit Tour’ featuring Yolanda Adams, Sheila E. and Martha Munizzi.

O’Neal was named Musical Director for both Macy Gray 2004-2007 and Mary J. Blige joining Jay-Z on the “Heart of the City Tour” in 2008. (She was co-writer of several songs on Macy Gray’s comeback album, BIG.) She was also a member of all female band COED (Chronicles Of Every Diva). Adding to her credit, O’Neal has performed on various television shows including The Today Show, The Ellen DeGeneres Show, The Tonight Show with Jay Leno, Jimmy Kimmel Live, the MTV Video Music Awards, and the NAACP Image Awards.

Cassandra enjoys educating young aspiring musicians through her participation in several music workshops, clinics and conventions throughout the country. O’Neal currently provides private lessons and music mentorship to piano and vocal students. She attends the New School of Jazz in New York City where she will receive a degree in Jazz Vocal Performance.