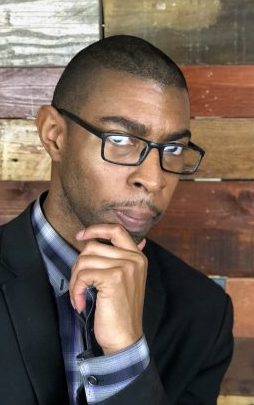 Corey Lewis was born on March 16,1981, to the parentage of Dexter & Linda Lewis, both of Dallas, Texas. To this union, one brother, DaMarion Lewis. Corey Lewis began singing in his local church choir at a young age and has always had a passion for music. He began to play around with the keys and notes of the piano, as well as the Hammond Organ, while he continued to sing in his local, and the Dallas community choir. Corey started playing keyboard and organ at the age of twelve, starting at his home church, Lighthouse Church, Dallas, Texas, and then proceeded on to other churches, like:
New Life Church ~ six year tenure
Pleasant Grove Academy Church
Refreshing Springs Church
Potters House, Dallas, Texas
Messiah’s Church, Dallas, Texas
Jericho City Church, Dallas/Red Oak, Texas
Hearing the call of the Lord Corey left Dallas to continue ministry in the city of Lufkin, Texas, at New Zion Baptist church, and brought to New Zion church, songwriting, as well as helping the Pastor, Bishop Cedric Kenebrew, with a music CD project release for the Churches’ mass choir, with songs such as: “Altered at the Altar” which was released on an independent Label.The Lord sent him back to his beginning, in Dallas, Texas to work with his father, Elder Dexter Lewis, Pastor of Agape Temple of Deliverance Church, where he is the organist and musician. Corey became a student at Cedar Valley College, Lancaster, Texas, where God re-ignited his passion to pursue and receive a Certification in Music and Recording Technology. Cedar Valley College is where the “Keys to Life and Success” Keyboard and Organ Club began. Corey is the CEO and Founder of Middle C Production Incorporated; he plays the role of many capacities in the church, but has a pure love for God and the people of God everywhere. Corey loves to travel, play the organ/music, meeting people, and working with various artist and having some good ole’ fashion church. His plan is to be synergized in various markets of music, to open up an academy for the performing arts for children of all ages, to pursue and bring back the art of the Hammond Organ, and to educate others about the organ. My ultimate goal is to own my own record label and work with many artists in various genres; including the Gospel & Jazz industry.