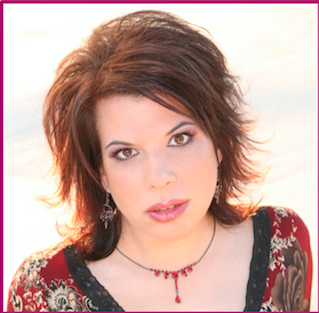 In a dramatic scene reminiscent of the life story of many a blues legend, Doña Oxford was born in a parking lot in the back seat of an old Chevrolet. Although the event perhaps falls short of qualifying as the stuff of fable (since it occurred not in the Mississippi Delta, but outside a hospital on New York City’s ritzy Upper West Side), Doña’s impatience to enter the world was an early indication of the guts, determination, heart and soul with which she imbues her music.

After Oxford’s father, a trumpet playing Episcopal Priest, died when Doña was only fifteen months old, Doña and her mother, an ex-cabaret singer, moved to Upstate New York. Inspired to play the piano after being given a one-octave toy piano as a gift, Doña began taking lessons at school. Meanwhile, Doña’s mother exposed the youngster to many types of music, escorting her daughter to everything from punk rock shows at CBGB’s to Tom Jones shows. By age seven Doña was performing publicly and started formal classical training, which she continued until sixteen.

Simultaneously, Doña developed a great love for musical theater and began singing and acting extensively in both regional and Off-Broadway plays. This experience led her to explore the styles of legendary jazz and pop vocalists like Ella Fitzgerald, Mel Torme, Dinah Washington and Judy Garland. She also became attracted however, to the primal rock ‘n roll of Chuck Berry and Jerry Lee Lewis. At 17, Doña applied and was accepted to New York University’s prestigious Tisch School of the Arts, where she studied drama.

While in college, Doña began working as a waitress at the now-defunct Lone Star Café, a legendary New York City meeting ground of the blues and roots music elite. Soon Oxford was sitting in at open-mic nights. It was at one of those early informal jam sessions that Doña met and became very close friends with Arthur Neilson, a veteran guitarist who has played with everyone from Cyndi Lauper to Otis Rush. The two formed a band called Oxford Blues and began gigging regularly and touring the Northeast, eventually releasing a self-produced CD which garnered reviews from such publications as Living Blues and Keyboard.

Doña has toured all over the world, bringing her amazing keyboard playing and vocals to devoted fans in Europe, Japan, Canada and the United States. With this many accomplishments, one would think that Doña Oxford must be satisfied. Not so! In addition to playing around the world and indulging her diverse interests (Doña is an accomplished drummer, graphic artist and auto mechanic), she has performed on many Major Motion Picture soundtracks, including Eddie Murphy’s Norbit,, Martin Lawrence’s Welcome Home Roscoe Jenkins and the very funny comedy, Senior Skip Day.

An unforgettable musical experience and a show not to miss!!