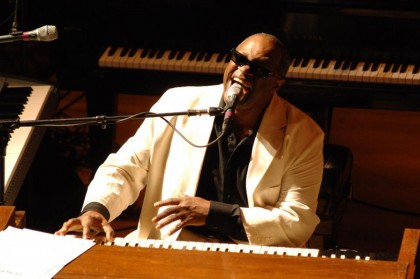 “Hammond truly got it right!  The SK2 is a phenomenal instrument in the way it captures the B-3 Organ as well as the other sounds.  I love it.”

Born in Savannah, Georgia in the early 1950’s then moving to Boston, Massachusetts where he embarked upon becoming one of the world’s most innovative souls. Burdened to a degree by childhood glaucoma which eventually would lead to total sightlessness, Ellis knew early on that he must sequester himself away with the lights off and hone his instrumental talents without concern for the inevitable. At 18 years old, finally accelerated by a wrestling accident, Ellis finally was rendered completely blind, yet differently abled rather than handicapped he raced off into the world of RnB and Soul to create a reputation for being one of the most scintillating performers of our time.

Creation of The Ellis Hall Group in Boston proved that he was to be roundly lauded for his own brand of hair-raising performances. During this time he was discovered by East Bay Soul “SENSATIONS” Tower Of Power where he spent a few years performing, writing, and producing. This period highlited by the release of the album Power. On this recording, Ellis has a number of his own compositions one of which is the incredible ballad “Some Days Were Meant For Rain.”

After many notable achievements in the world of professional performance he moved to Los Angeles, California where quickly he became a First Call session player and the voice of choice for many projects.

Over the years his appearances and performances have excited many, made them laugh with sheer glee, and stunned even more. Evident in his recorded work with The California Raisins and Kenny G, as well as his many live appearances with the likes of Stevie Wonder, Earth Wind and Fire and many more, Ellis is considered to be The Ambassador of Soul.

While performing in 2001 Ellis was approached by Ray Charles who was instantly taken by what he heard and in 2002 Ellis became the only Artist besides Ray to be signed as a Featured Artist on his Record Label, Crossover Records. During the months following Ellis and Ray Produced an astounding work called “Straight Ahead” featuring the Top 100 #5 HIT “Gotta Get The Money”, with incredible Guest Artists such as the likes of Billy Preston and more.

Following the passing of Ray, Ellis decided to create shows in honor of The Master called “A Tribute To Ray Charles, Motown And Beyond” and proceeded to perform this masterpiece with Symphonies all over the World. These shows now are legend, considered spell-binding homage to “The Genius” himself although it would be sacrilege to say that they are imitations. More than that, they will most likely go down in history as the finest form of compliment.