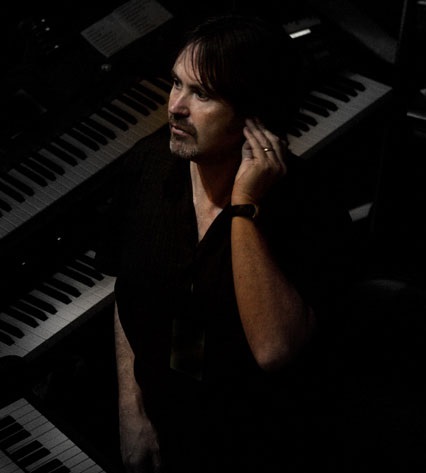 In 1960, the year I was born in Maidstone, Kent, music was already a way of life in our household. My Mum, Dad and Uncle had their own group ‘The Cameos’. Apparently, as soon as I could walk I was taking an interest. By the age of 4, I was singing songs and being recorded in the Fletcher garage studio. The sight of that reel to reel tape machine whirring away in the garage is one of my first memories.

I first met Mark Knopfler in 1983, when I turned up at his house with a DX7 under my arm. My roots were certainly not based in the blues of the Northern Maestro, but oddly enough, I didn’t seem to have much trouble making the transition. Blues and country may have been a little out of my remit, but I’ve always felt at home with the material. It was during the making of the Notting Hillbillies album that I really started to realize the many musical connections’. Since 1983 I’ve been involved in all Mark’s work both in Dire Straits, the solo albums ‘Golden Heart’, ‘Sailing to Philadelphia’, ‘Ragpicker’s dream’, ‘Shangri-La’, ‘Kill to get Crimson’, ‘Get Lucky’ and all the film projects.

I have of course collaborated with many others such as Tina Turner, Mick Jagger, Aztec Camera, Difford and Tillbrook (STP appearances). Notably, though my connection with Mark, I was fortunate enough to work with and get to know the wonderful Chet Atkins.  The late Willie De Ville and Randy Newman were also notable landmarks.

A lot of what I enjoy doing now, especially since the completion of A-Bay Studios…is to compose for film and television. I’ve spent the last couple of years working on projects of my own, often with my good friend and partner Rupert Gregson Williams. A few years ago we worked together on the ITV series ‘At home with the Braithwaites’ (four series) and more recently ‘William and Mary’. Then it was the movies..My first full-blown feature film soundtrack was ‘Tooth’ complete with fully orchestral 72 minute score. That was quite a challenge but I went on to do three more features, ‘Sergeant Pepper’, ‘Spirit Trap’ and ‘Niagara Motel’.