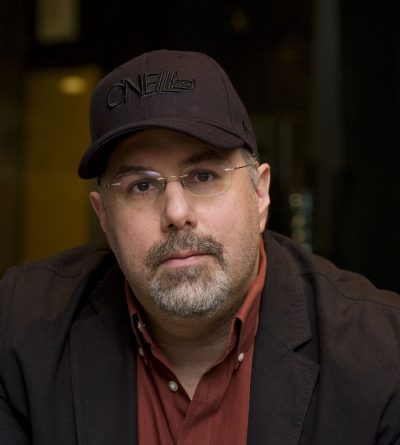 Jimmy Plays the B-3

Jimmy Nichols was born James Ginnetti in Columbus, Ohio. He started playing professionally at the ripe old age of 9! By 10, he and his brothers, Tony, Joe, and Fred were practically household names in Columbus’ music scene. Following in the footsteps of his well-known and multi-talented father Joey Nichols, Jimmy and his brothers continued to make a name for themselves around Ohio until 1980, when they set out to capture the hearts of fans nationwide.

OK, so that only kinda happened! What did happen is they made the transition from pop-oldies act to country music recording artists, touring with such illustrious names as Eddie Rabbitt, Kenny Rogers, Barbara Mandrell, Mel Tillis, Roy Clark, and many, many others. This would eventually bring the boys to Nashville for the first time, where Jimmy got his first taste of the Nashville recording scene. In 1986, the brothers scored a billboard pick with their song, “That’s When You Know It’s Over”. How prophetic, because he label went belly up before it could chart, and the brothers found themselves once again on the road trying to support their family.

In 1992, a fateful turn through a small town called Olean, N.Y. would change everything for Jimmy and The boys. They met Terry and Kim Pegula, a successful husband and wife business team who believed the boys deserved a chance in Music City once more. With their support, The Nichols Brothers embarked on another project to get them a record deal. While this also did not pan out, this time it did unite young Jimmy with legendary producer David Malloy. David began using Jimmy on all of his projects, beginning with a young artist named Mindy McCready.

A double platinum album later, Jimmy and his wife Tonya found themselves touring with Mindy, Jimmy doing band leader/keyboard/vocal duties, and Tonya road managing and running sound! Jimmy and Tonya left the road shortly afterwards, as Jimmy’s recording career took off. Recordings with Reba, Andy Griggs, Daryle Singletary, and Lila McCann followed, and Jimmy was off and running. In early 2001, Jimmy was asked to be musical Director and pianist for Reba on her upcoming tour, an opportunity he couldn’t resist. He toured with Reba, putting together a stellar group of session players, which would become the new standard for top bill acts. Then it 2005, after recording with Faith Hill on her Fireflies sessions, he would leave Reba to become MD for the largest and most successful tours in Country music history…….Soul2Soul II would tour for 2 years and again set the standard for tours for years to come.

As if not busy enough, and with lots of success stories under his belt, Jimmy reunited with his friends Terry and Kim to form Black River Music Group. While there, he oversaw the signings of newcomer Sarah Darling and Due West, as well as reuniting with Jeff Bates, who’s first two albums with RCA he had recorded on. His tenure at Black River lasted 4 years, and helped the startup label gain a foot hold in the highly competitive Nashville recording community. It was while at B.R. that Jimmy realized his true passion was in artist development, which led to his current position at Vision. While he continues to record for artists like Carrie and Scotty McCreery, his vast history in various aspects of the music business, along with his tireless work ethic, will no doubt provide him with the tools necessary to bring this next phase of his career to soaring heights.

Jimmy lives in Nashville with his business partner and wife of 25 years, Tonya, and their weiner dogs, Wladimir, Poco, and Nico!!