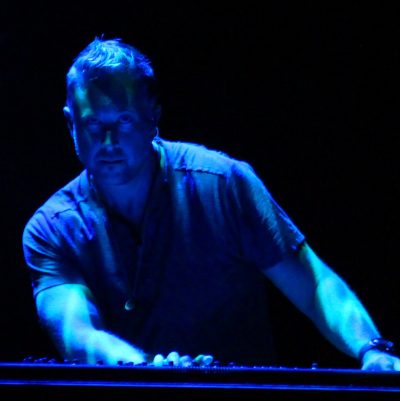 Lee plays the B-3

Seen by thousands of fans every time he performs Lee Turner is no stranger to the big stage. For the last eight years Lee’s been known as the soft spoken guy behind the keyboard, piano accordion and acoustic guitar for Darius Rucker as he’s toured worldwide.

His performances have not been limited to the big stage as he has performed countless times on the big screen to include Jimmy Kimmel, The Tonight Show, Ellen, The View, The Talk, The Today Show and Good Morning America. He also was for six years a member of the house band for the hit show Nashville Star which aired on both NBC and USA.

While music has taken Lee all over the world and has performing throughout The United States, Canada, Europe, Africa and Puerto Rico, Lee has never lost sight of his beginnings growing up in Wisconsin. He came from humble beginnings and used his love and began playing clubs and bars at the age of 14 and then went on to receive a degree in Music Education from the University of Wisconsin.

In 1996 he followed his dreams, packed up the car, and moved to Nashville and it’s a decision he will never regret as while he only had one contact in Nashville, the city and the people here welcomed him with open arms and has made those dreams come true.

Now Lee wants to share his experiences, both the ups and downs with artists and has created his own studio in Nashville named 2Twenty2 Studio. Here artists can come produce and record their own music and pull from Lee’s experiences as a music educator, arranger, performer and singer, and produces a product that will compete in todays market. His vision is to have a place where songwriters and performers can see and hear their ideas take shape. Using only the best Nashville players to record, songs will have a solid purposeful vision, each getting the attention and detail that it deserves.

Lee has endorsements with Moody Guitar Straps, D’addario / Planet Waves / Evans. Le is also proud to be part of the Hammond Artist Family.

Come see Lee perform in front of thousands of people across the country this summer with Darius Rucker, and contact him to work in the studio on your own project, or take lessons.