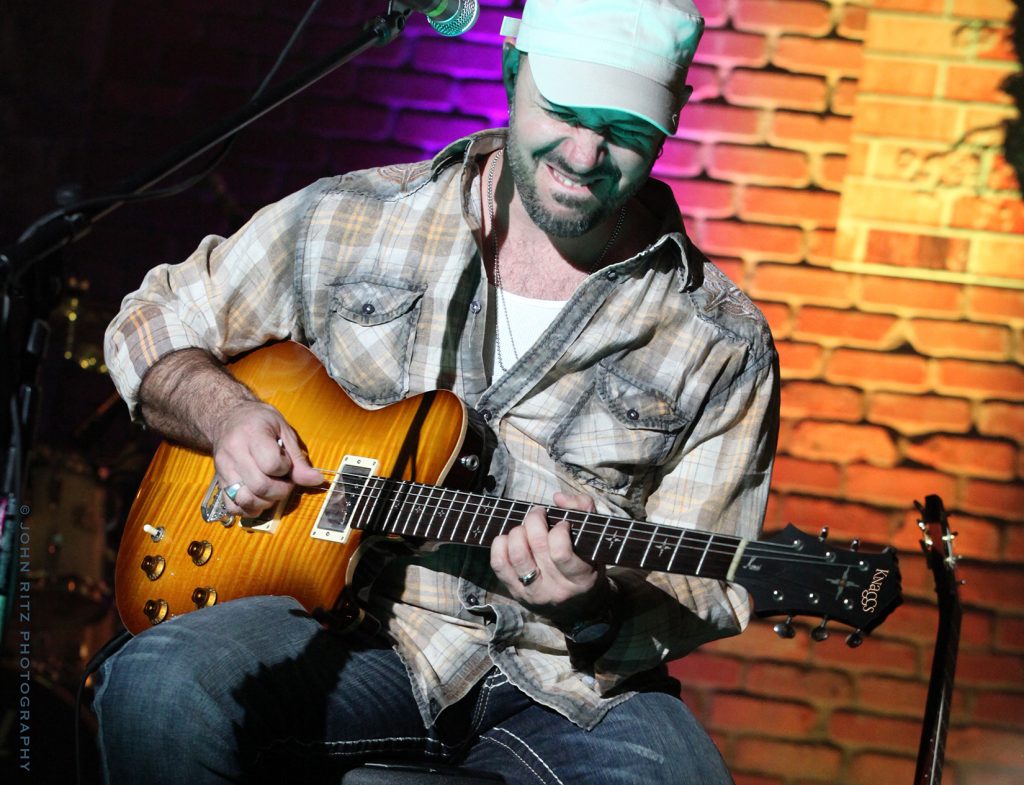 Performing and recording for over 25 years, Mick Hayes is the living example of what Contemporary Blues and Soul sounds like today. With extraordinary guitar playing, powerful vocals and a dynamic presence on stage Mick and his band create a bigger fan base each time they perform.

Mick was 7 when he played his first guitar having two parents that loved music; it was only natural that he be swept up in this performing art as well. Since 2003 Mick has spent a lot of time traveling between Nashville, LA and Atlanta.

During his travels Mick performed in front of audiences numbering tens of thousands at events such as The NAMM Show, NY State Blues Festival, and venues like Atlanta Hard Rock Cafe in Georgia and The Indian Ranch in Webster, MA.  He’s opened for bands such as the Doobie Brothers, Peter Frampton, Dickie Betts, Los Lonely Boys, Dave Mason, Robin Trower, Cheap Trick, Duke Robillard and many more. Mick has shared the stage alongside some of the industries’ finest including: Stevie Wonder, Gary Mallabaer, Michael Burkes, Tony Gala, Smokin Joe Kubek, Joe Bonamassa, Will McFarlane and several more talented musicians.

In 2011 Mick came back to his roots and had the honor of being named to the Buffalo Music Hall of Achievement as a solo artist, as well as receiving accommodation for the work he has done with his band.  This prestigious award was added to the many others that are now part of an extensive list of career accomplishments that he has obtained over a short period of time.

Last Jan 2012 Mick had the honor of attending NAMM as a proud endorser of Fuchs Amplifiers. Mick is currently playing their flagship amplifier the Overdrive Supreme. While at NAMM Mick also played at the musician filled Anaheim Convention Center. Mick returned home with six other sponsors including Knaggs Guitars (Former Paul Reed Smith ‘Private Stock’ builder) and SIT Strings. Recently there has been a few new sponsors added that are proud to be part of the Mick Hayes Band’s journey, they include Klein Pick-ups, Mono Cases, RockBox Pedals, Diamond Pedals and Wampler Pedals.  Mick is proud to endorse boutique companies that make outstanding musical instruments, audio equipment, and promote his career efforts.

This past November the Mick Hayes Band released their newest album, Café Artistry to an exclusive hometown audience at the Hotel at Lafayette in Buffalo, NY. This album is evidence of the artist’s recent personal journey and his progression as he traveled down a sometimes-painful road. The album reflects an evolution of music that represents a powerful mixing of emotions; soulful and filled with raw moments this composition is a looking glass into the life and heart of the musician.

This year Mick Hayes Band was honored once again, chosen to play center stage at the 2013 NAMM Show. This is perfect timing for the band as they will be unveiling a new single – Archangel at the performance. It was at this time that the band’s performance and Mick’s songwriting caught the attention of musical genius Stevie Wonder who sat in with the band for a song at their performance in Anaheim CA.