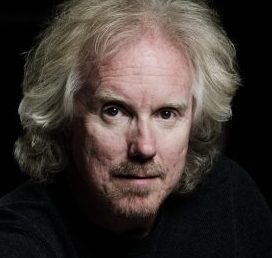 Ric plays the B-3

“Big, Fat and Gorgeous.” Those are the three words Ric Cabot Podmore uses to describe the vintage Hammond sound that has been a cornerstone on a majority of his productions over the past three decades.

Podmore’s professional career began in 1980 at age 19 when he was introduced to up and coming producer Beau Hill while recording at Applewood Studios in Denver, CO. Recognizing the talent of the young Podmore, Hill tutored him with insights ranging from songwriting arrangement and studio production to artist management and music publishing. During this time, Podmore received his first taste of national prominence, collaborating with Hill and guitarist David Zychek on the Airborne album, “The Dig”.

From 1982-1985, Podmore produced, recorded and toured with the band Saint Germaine, eventually capturing a victory in ‘The Stroh’s Superstar Talent Search’ before disbanding in 1985.

In 1986, Podmore formed ARRIVAL with Charlie McCormick and Norm Peterson. ARRIVAL featured 80’s icon Mark Free as lead vocalist in the bands early years. The band’s first album, “Out Of Nowhere,” was never released and eventually Free moved on to record with the bands Signal and Unruly Child. Throughout the next several years, Podmore and McCormick were able to keep their collaborative partnership intact and ARRIVAL continued to record, amassing a large library of master recordings. In 1998, ARRIVAL released their critically acclaimed cd, “Delayed,” produced, engineered and mixed by Podmore and Kevin Clock.