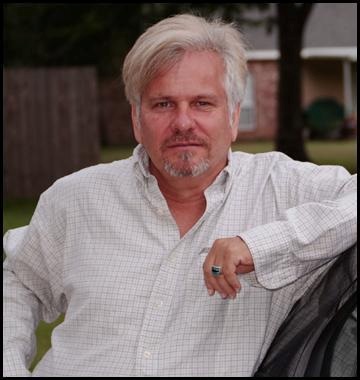 My career has been up and down, starting with learning to play piano on my mother’s old upright…Between Fats Domino songs and writing terrible pubescent, love ballads, I somehow tried to learn to play French horn in the 6th grade.  My first real band (we all shared a Sears Silvertone amp) played for parties and anywhere they’d have us.

My first opportunity to play a Hammond B3 organ in public was on a friends rig at a 1968 frat party.  I co-wrote my senior song called “All As One” (we were a new consolidation school” set to the music of the Beatles’ “Let It Be” and I played piano during the singing of it on stage at graduation…

Then it was on to college where I skipped most of my classes cause I was always playing somewhere.  All this time, I continued to write songs cause I thought that was the cool thing to do and I kinda had a niche for it…

Became a radio DJ for almost every station in Southwest Louisiana (including a week for KJEF) in Jennings where I met Phil Phillips, whose song, Sea of Love is a classic…he was emptying the garbage cans and we introduced ourselves and when he told me who he was, I freaked…

In 1977, I toured in a show band from North Carolina and one night while performing in Dothan, AL had the opportunity to jam with Stevie Gaines, Artimus Pyle and Leon Wilkeson after a Lynyrd Skynyrd show… (I’ll never forget how polite Gaines was and yet, he died tragically within a few months).

Went to work at a recording studio in Crowley, LA and met a young man who played diatonic accordion and sang in both English and French and just rocked!!!   Eventually played with this Wayne Toups character and as a member of ZYDECAJUN performed all over the world (12 countries) using the Hammond B3 organ on many of those performances.  Wrote 10 songs on 2 Polygram Record releases between 1989-91 recording organ tracks on both, using the Hammond B3 (Actually played Issac Hayes’ gold B3, accented by his name and Grammy statue, on the Blast From the Bayou CD) “Fish Out of Water” the title track of our second Polygram release, which I wrote, is a Hammond B3 driven song and is still a major staple in our setlist today.

In 1994 country music star, Sammy Kershaw recorded several of my songs and performed “Better Call A Preacher” on the David Letterman Show that same year.
After spending nearly 6 years as keyboardist for Hunter Hayes I became his tour manager and in 2011 I decided to return to Louisiana and take a break from the music business.

In August 2013, I received a call from Wayne Toups, fresh off a Grammy win with the Band Courtbouillion, asking me to return as keyboardist as he was ramping up touring dates for his band ZYDECAJUN.  As a top draw at fairs and festivals throughout the South, the band now plays over 100 shows a year is making plans to do a 25th Anniversary Tour in 2014.  It wasn’t long after that I decided to return to the stage and look forward to an exciting future as a member of Wayne Toups & ZYDECAJUN!!!