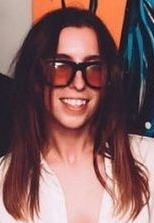 wht.rbbt.obj is a femme fatale fronted, guitar driven alternative rock outfit from Chicago, Illinois. What started as a secret side project for a married couple, Frank & River Rabbitte, wht.rbbt.obj has grown into a four piece musical tour de force, with a sound which ranges from soul to blues to alternative to garage rock, and which NPR described as “Roadhouse Raunch.”

Their first studio single, “Jolene’s Reply,” received fantastic press highlighted by the NPR show Sound Opinions who said it “Swings like a wrecking ball” and has the “dirtiest groove” they have heard in a long time. The song also received major terrestrial radio attention in LA from KLOS (Southern California’s Rock Station) where they described the vocals as “super sexy” and said the rhythm section just “keeps it pumping.”

In June of 2022, wht.rbt.obj was selected to perform at The Richmond International Film & Music Festival where they were awarded the “Critics Choice Award for Music and Performance.”

wht.rbbt.obj invites you to follow them down the rabbit hole, to peek behind the curtain, and peer through the looking glass. And if you happen to know any of the players, they would ask you to keep this our little secret