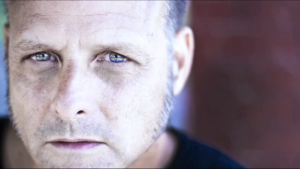 Los Angeles-based Scott Healy is a Grammy-nominated composer, producer, pianist and multi-keyboardist who multitasks across the musical spectrum. He is best-known as keyboardist in the house band for Conan O’Brien: first on Late Night in NYC, then moving out to LA in 2009 for the short-lived “Tonight Show with Conan O’Brien”, and now on TBS, where he holds down the keyboard chair in the Basic Cable Band.

He is also active as a solo artist.Hudson City Suite by the Scott Healy Ensemble was released early in 2013, and garnered worldwide praise and stellar online and print reviews, including a feature article in Downbeat Magazine, national jazz radio airplay, and a Grammy nomination for Best Instrumental Composition. His latest CD, “Live at Kilbourn Hall” by Scott Healy with the Eastman Chamber Jazz Orchestra, was released on September 20th, 2014 on Scott’s label, Hudson City Records.

In addition to his composing, recording, and nightly TV gig, Healy works as a hired-gun on piano, organ, electronic keyboards and accordion. He has recorded and performed with many of the greats in rock, blues, R&B and jazz: Bruce Springsteen, Bonnie Raitt, Al Green, BB King, Jackson Browne, Levon Helm, Son Seals, Hubert Sumlin and Tony Bennett, among others.

Healy’s work reflects his classical piano, composition, conducting and orchestration training, as well as his years in the studio and on the stage, whether it be on the podium, the bandstand, or behind the glass. His composing, arranging and scoring credits include the Portland Symphony, the Aspen Contemporary Ensemble, the Mel Lewis Orchestra, Christina Aguilera, Ricky Martin, and a variety music for film and TV.

Healy is a contributing editor for Keyboard Magazine, where he penned long-running column, “Session Sensei”, and to which he continues to contribute feature articles and lessons. His blog, “Professorscosco” explores various aspects of composing, listening, and arranging. He organized and leads the Ellington Study Group Los Angeles, an informal master class devoted to classical and modern jazz composition.

He has received awards from BMI, The National Endowment for the Arts, and the “Distinguished Artist” award from the New Jersey State Council on the Arts.

A native of Cleveland, Ohio, Healy studied classical piano as a teenager with the now-legendary James Tannenbaum at The Cleveland Institute of Music. He then attended Eastman School of Music from which he received a degree in Composition, studying with Samuel Adler, Joseph Schwantner, Rayburn Wright and Warren Benson. He taught at the New School in NYC, and was an Associate Professor of Jazz Studies at Sarah Lawrence College in Bronxville, NY from 1990 through 2001.